After being thrashed and burnt at the stake;

By nocturnal witches in spaghetti straps with gravy stains

Breathing in golden and breathing out black,

On the road to the honest world.

With fourteen days until we hit Mumbai i can already feel the city throwing itself at my face. A visual, cultural, sensory assault, but for now still surrounded by green. Today the sky has returned from wherever it’s been.

Already we have put some things in place to create some focus when traveling. An art work placement with the British Council in Delhi and working alongside Burmese refugees in Thailand with youthconnectthailand.org. This will involve seeing a very different India and experiencing new lands, whilst putting skills into practice in other contexts. I am sure this will juxtapose beach trips and other hilarity as the journey progresses. Sometimes i think, can i really be arsed? Other times I’m excited beyond belief. The only thing to do is take it as it comes, live it as it happens. Like today.

There is something pretty nice about spending time hanging out in a five-star hotel pool/spa and shooting pool ( of the non swimming variety) over a couple of pints of larger. Three days out of the last seven have been spent in the above environments, which i will continue to use until i head to Heathrow. Kicking back and just enjoying some relaxation time with an Albanian man whom i have become very fond of.

Spending time somewhere as beautiful as Durham; a city of cobbles and religious peaks is a great place to end this period of time. Durham City and the fields of green eighteen minutes away. When i was teaching i found it hard to relax. Teaching now seems like forever away.

This morning i woke up to a fantastic orange glow filling the room where i currently sleep. A sun rise as bright as fire and a taste of what is to come. In England the winter will creep up, creep up as i will be heading toward the sun. The sun is what i am after. 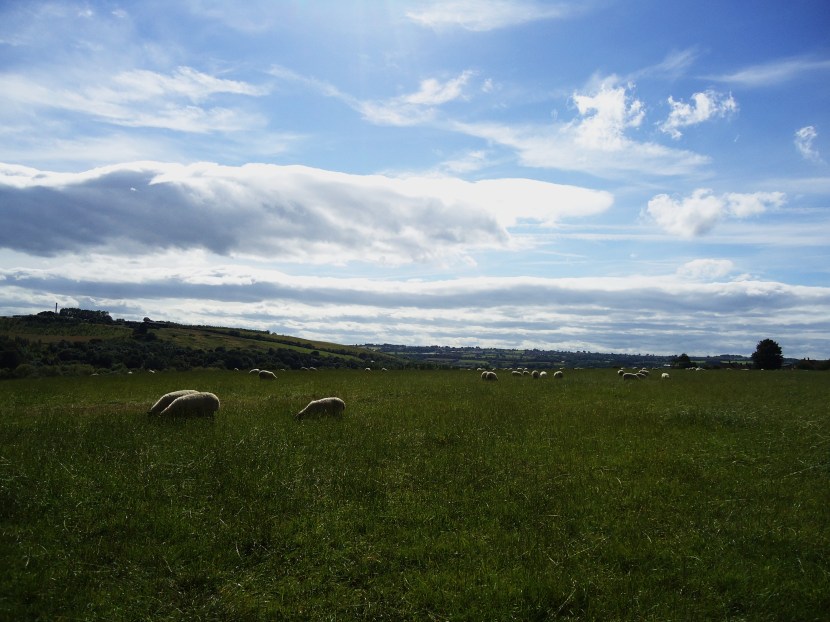 Looking out over the fields from my parents window i see many things. Green and yellow. Blue and white. Grass, crops, sky and clouds; but the main thing i see is the past. The same summer view there always was, but the eyes absorbing the landscape are older and more jaded than they were; but the retinas more experienced. The face containing them is further south, bigger, older, weathered-hairy. Back to the destination where life began with the people who created it. I always feel still here, like time is moving slower than anywhere else. My brain feels out of focus.

Back in a room that was once clad in Kylie posters. A room where i entertained ex-partners, made work for the Arts Council, created my degree show, stroked my dead dogs and played my organ. A room that has so many memories, which now seem to mean nothing. Memories are only that. Thoughts of the past which have little significance in todays incarnation of me.

Daily life this week has been pretty varied. Moving house, a festival launch, art galleries with friends, painting a house, cycling again for the first time in years. Happy days filled with people i love.Tonight will be quite and peaceful i hope; the cows and sheep in the surrounding fields will hopefully be providing the soundtrack. I can happily stay here for another two weeks. Life is calm and still pre transit. 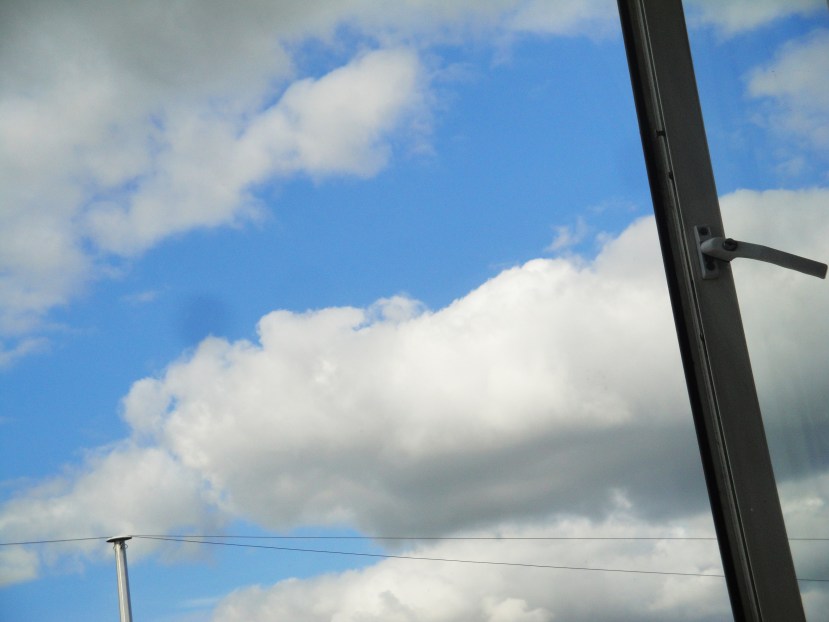 Last night we went for a curry; a leaving meal with family. A weekend spent partying with all of my family. My mother’s sixtieth birthday. A feeling that i have spent a milestone with both of my parents. I am grateful i spent it with them, but still this leads me back to my first sentence on this page. A sentence of fear and fear. Something i have never felt before, not this intense.

My only explanation for this irrational fear is reading the news every day and being so closely linked with the horror that this world faces, via the press. I absorb the internet far too much, hence having these stupid thoughts.

This is the real reason i worry about going away. My death. The end. His death, our death.I can skirt around the edge of pretty-ing up sentences but when it comes down to the real anxiety this is my concern and the fear i have within. I am going to die soon and i can do nothing about it. I have not made the choice but this is the end. I can feel the realise.

It’s Monday morning and the last one to be spent in my beautiful attic flat. Its pretty much packed up, box’s being strooned where belongings once sat. It feels more positive than negative. We leave this coming Sunday after five years. No more rent to pay, no more bills and a break from feeding the British Government council tax. I will be happy contributing to other world economy’s for a while, paying individuals rent on a daily/weekly basis will please me. Not just making rich people richer. I will not have a salary after next month so no more deductions for the good of British society.

Still its thirty-seven days until we fly to Mumbai. The exact amount of days until Ganesh Chaturthi – India’s biggest celebration of Lord  Ganesha and the birthday of the elephant god himself. I have been lucky enough to experience this festival in India – Dancing in the streets of Mumbai and partying in a ten-hour procession, following a giant deity on the back of a truck heading to the sea, in the south-west town of Gokarn, covered in paint and glitter.

I spent a total of fifteen months in Gokarn where i came to know the community very well. It would be very easy to arrive into India and head straight back to the people i know, some of whom i love very much. However i need a change. I need to be blown away by the mother land all over again. That will not happen if i retrace very familiar steps. I think it’s time to head straight north towards Nepal, via Varanasi and the holy Ganga. A city i have not visited since my first trip to India in 2001. I am sure it will be beautiful in the rain, or as beautiful as Benares can be. Certainly an intense new beginning for a change of scene. The ashram i booked can wait!

One of the very last things i have to pack to store away is a blue box of photographs i started to compile during my first degree. Images documenting moments past. A box of pre Facebook prints, pre-dating my own digital camera access. Friends i rarely see, pets which have died, houses in which i lived, partners i have loved. Birthday cakes, meals, parties where ive partied. A box i have carried around from move to move, adding to whenever required. There were years where i was obsessed with chronicling time; evidencing moments not only as memory’s but as proof of existence. I guess blogging is this box’s predecessor. Looking over the several hundred scenes i am tempted to discard so many. To choose what i want to keep and what i don’t. Physical aids to memories which seem to have lost importance. Like putting memories in a recycle  bin i put evidence. As time progresses the less important the past becomes. It’s about now and the future and that feels like a very positive thing. I don’t need to remember the first time i went to Amsterdam, or times working on film shoots. That journey seems less important than the one i am traveling now. In ten years time these writings may be deleted, but for now they feel important to me, like the photographs i am discarding now, did then.

Jewish ladies i hung around with in London 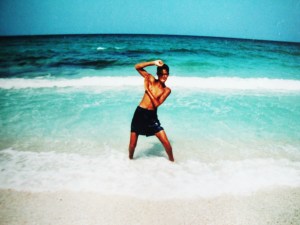 On a beach in North Africa

A fellow student from Wimbledon School of Art

My student digs in Exeter

© COPYRIGHT: ALL RIGHTS RESERVED. © pinkybinks (2012). Unauthorized use and/or duplication of this material (photography and writing) without express and written permission from this blog’s author and/or owner is strictly prohibited. Excerpts and links may be used, provided that full and clear credit is given to pinkybinks with appropriate and specific direction to the original content. Limited Edition Prints Available On Request.
Loading Comments...
%d bloggers like this: